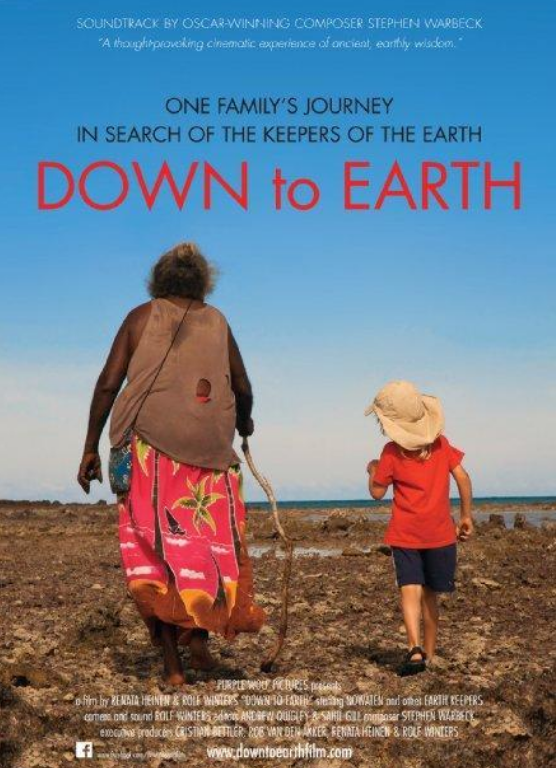 DOWN to EARTH is one of the most successful Dutch documentaries ever. The film is the result of a five-year journey that a family with their three children made in search of the hidden sages of the earth; the Earth Keepers. They realized that the wisdom of the tribal elders should not be lost to the world.

DOWN to EARTH was premiered at the Climate Summit in Paris and was shown before the negotiators sat down, and has since then being used to as a tool to inspire change. In response to the audiences we set up a social impact enterprise; the DOWN to EARTH Collective. It aims to unlock the Wisdom of the Earth Keepers.

With DOWN to EARTH a vision has been launched with the aim of triggering a positive change. The message from the Earth Keepers is clear: We are not powerless! We do not need to depend on anyone to manifest our impact. Together we can change the direction of our society and create a new world. With the DOWN to EARTH Collective, we bring the philosophy of the film to life by initiating and supporting various projects. In this way we contribute to creating a sustainable future, also for future generations.